Most of our APIs will deal with database content of course so lets take a look at how we can build these types of APIs.

As a sample database we chose to use DAWs order entry database just because we all have and know it already.

we also need to add our DataDictionaries

then we define the data model as follows

this is all that is needed to create a REST API to return a list of inventory items. And again as before the OpenAPI documentation is created automatically as well

we need to define a new route as follows

this new route has a variable parameter called itemid. this item id is passed as a variable to the webAPI_GetScalar method which handles finding the record and returning the json object based on the schema provided

Now what about deleting an inventory item

this route again uses a variable parameter for the item id and passes it to the webAPI_Delete method which handles deleting the inventory item.

Now what about creating new inventory records. For this to work we need a POST route as follows

this route will use the schema provided as an input from the post method and create an inventory record by calling the webAPI_Post method.

Then of course we would like to update an inventory record as well. We can do this by declaring a PATCH route as follows

And this is all that is needed to update inventory records.

then we add a parent schema called vendor with the vendor fields but we define this parent as scalar only so it will not appear in the return data when getting a list of inventory items. 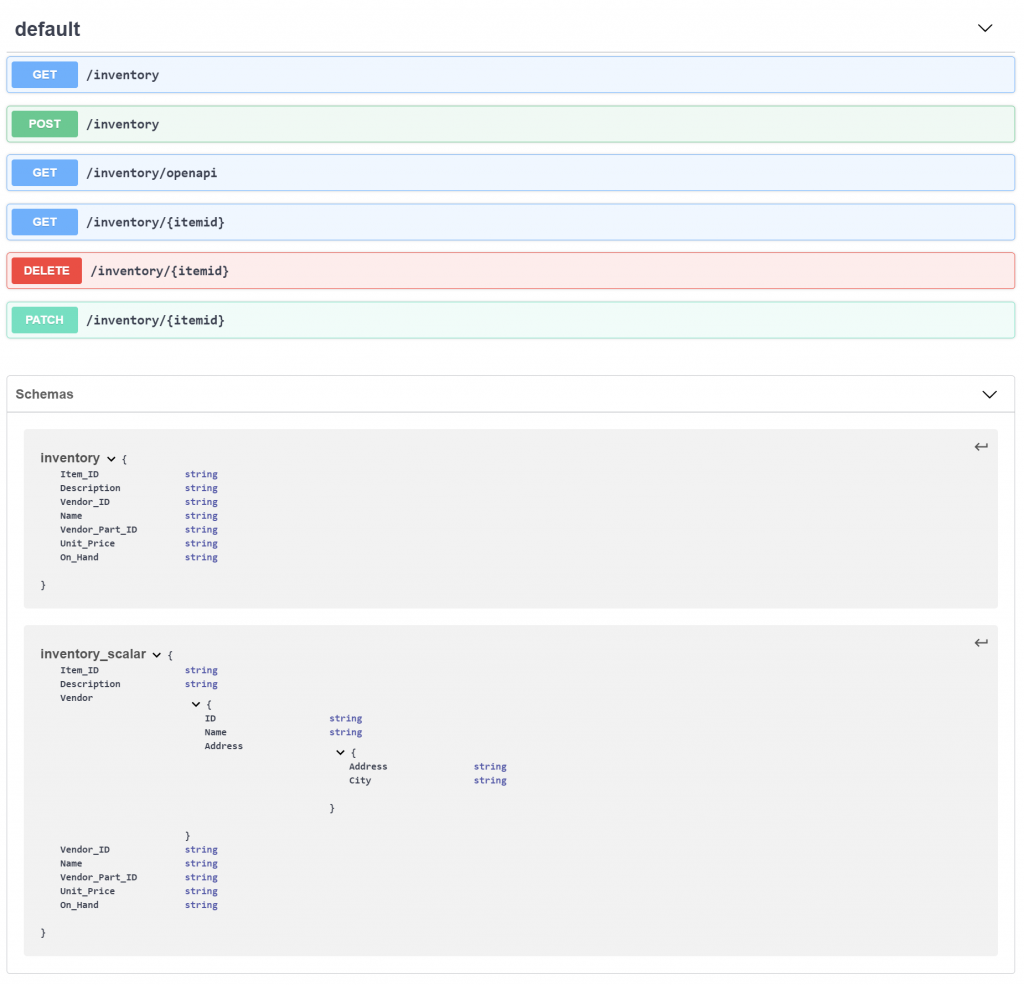 This is just an example there are a number of features to describe the schemas and you can also define multiple schemas to be used for different routes.

He was part of the Windows Team at Data Access Worldwide that created the DataFlex for Windows Product before joining StarZen Technologies. StarZen Technologies provides consulting services as well as custom Application development and third party products