To do this we create a Web HTTP handler based on the cszWebAPIController class. lets call it oManualSimpleAPI

o show this we modify our main router view in App.vue as follows

This will create a simple Web API controller with the path

all verbs are allowed

by itself this will not do anything yet. We now have to declare routes/paths and add functionality

This method creates a json object fills it with data and returns the json data from the service.

But we also have to declare the route as follows

We register a blank path with the get verb and tell the controller to call the ManualGet method for this path.

We also tell the controller that the path has a scalar result (a single result vs a list) and we define a summary text for the route.

Now lets take a look at abother feature. The web api controller has a feature built in to document its functions using the OpenAPI specifications. These can then be viewed in swagger UI.

calling the following url on the controller

will create a yaml document with OpenAPI specifications describing the web service.

you can see in this screengrab we have a GET function for the Url /manualsimple.

It has no parameters and the response is going to send a 200 http response code.

But we do not see what type of data is returned from the service. It would be nice to know a schema for the returned data.

To do this we add the following method to our controller

In the OnDefineModels event we create a model/schema with the name manual and add two columns to it.

We added the line to declare a response. The response code is 200, we added text and content type as well as a name for the schema which is “manual” 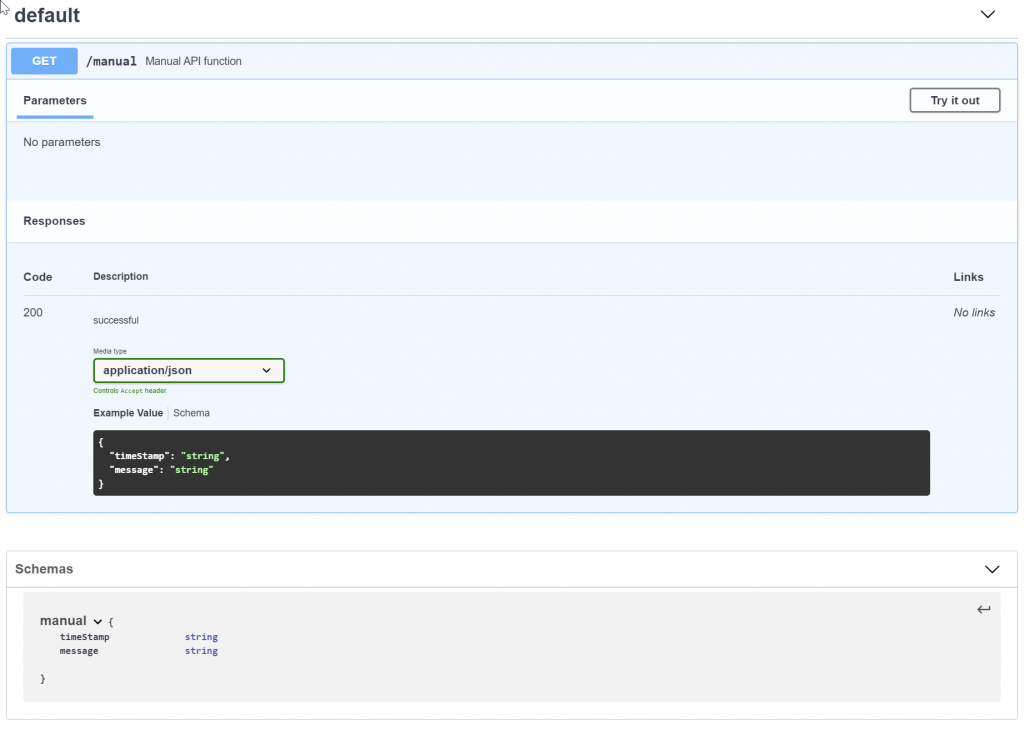 This will make it easier for a developer consuming our service.

This is it for this second part of the series. In the next part we will look at an API based on a database specifically the order entry sample workspace database.

He was part of the Windows Team at Data Access Worldwide that created the DataFlex for Windows Product before joining StarZen Technologies. StarZen Technologies provides consulting services as well as custom Application development and third party products