Both of them create web applications. Sooner or later you will be faced with the need to offer a true native mobile application.

Why a native application

There are a number of reasons why a native mobile application can be preferred over a web application.

For one a native mobile application can run without an active internet connection. Another is the user experience.

We have built native mobile applications that run side by side with a DataFlex application for a long time.

The first was a blackberry application written in Java quite a while ago. It was actually communicating with the main application using specially coded email messages.

Then we created a Silverlight application that is somewhat in between because it cannot run disconnected but is a natively coded application.

The next step was a nativre iOS application to run on iPads and iPhones and then a native Windows Universal App to run on windows desktops, windows tablets and windows phones.

The way we implemented the native apps is that at login time the app will request the users pertinent data based on the users login and the day. The app is a medical scheduling type application so it downloads the users clients with geographic information and treatment information etc.

The data is stored locally on the device at that time so the device can function without an internet connection
The user can now use the device and lookup information such as the next appointment, address, map, tasks and more.

The server keeps track of what data is sent to each device. If any data that was sent to a device on the server changes the server sends a push notification to the device telling the device that there is updated data. The device will then download the updates.

When the user modifies data on the device, for example recording an arrival at the client site, the device will try to send that data to the server. If there is no internet connection the update will be queued and automatically uploaded the next time the device connects to the internet.

To implement this kind of application we need 2 parts

For our example we will use the WebOrder sample workspace. We want to be able to look at a list of customers on a windows tablet

The second part is the actual mobile app. For this example I chose to create a Windows Universal Application using Visual Studio. This will allow me to run the application on windows desktops, windows tablets and windows phones.

I create a simple application in Visual Studio.

The data model in Visual Studio looks as follows

I then created a page for the customer list

in App.cs (the application object) we added the following

this will hold the customer data once downloaded

it then simply calls the web service and deserializes the returned JSON data.

we simply set the ItemsSource property of the ListView object to our customerData property in the application object. 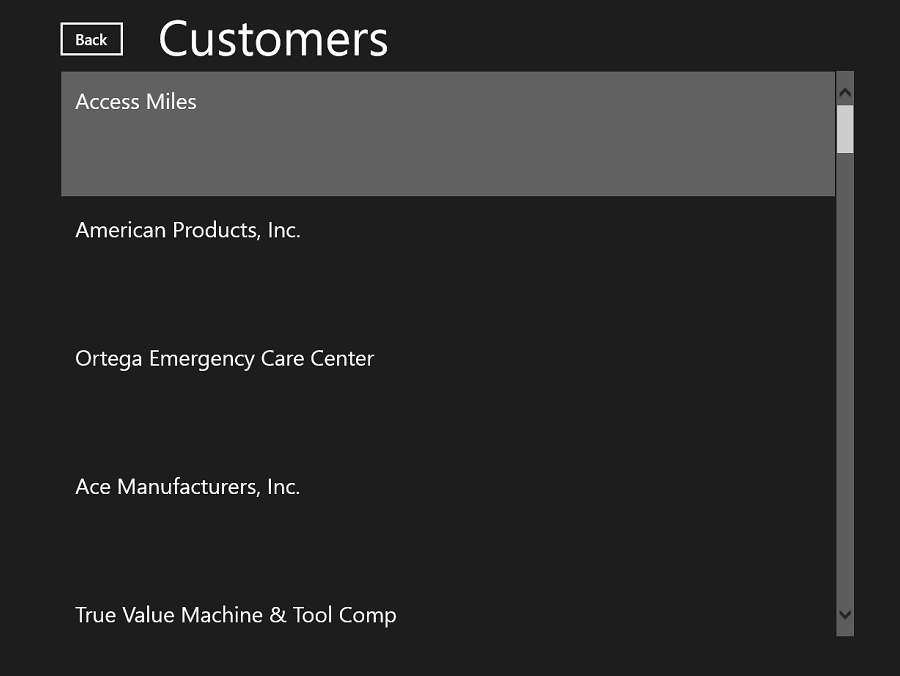 He was part of the Windows Team at Data Access Worldwide that created the DataFlex for Windows Product before joining StarZen Technologies. StarZen Technologies provides consulting services as well as custom Application development and third party products specifically for DataFlex developers